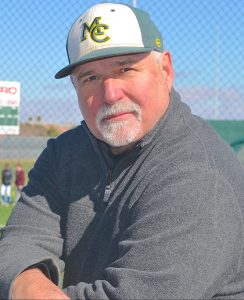 A Midland Lee grad and self-described “oil patch trash,” McDonald grew up the son of geologist Bill and Marge, who taught history in Midland ISD. As a boy growing up in Houston, Mark came to love the printed word enticing the local library’s bookmobile to stop in front of the family home every week.

Thus followed a journalism degree and two varsity football letters at Texas-El Paso. Today, after producing numerous non-fiction projects, McDonald manages a production team he calls the “pros of prose.” He winces at the mention of digital titles (e-books), as he prefers the smell of ink on paper.

McDonald nears completion of his latest work, on the 1969 Shootout between Arkansas and Texas for the national football championship, set against the chaotic backdrop of America – peace rallies, The Pill, psychedelic drugs, assassinations, Vietnam, the draft, bra burnings. Due for an early 2019 release. Email him at [email protected].

Mark lives with his wife, Susan, in Midland. They have two married sons, two grandkids and three pecan trees. The two household Labs – spoiled rotten — do not share the home; they own it. 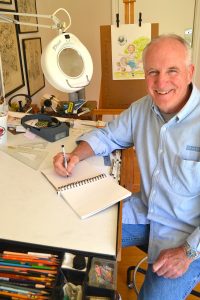 One of the nation’s most decorated syndicated editorial and sports cartoonists, Bill DeOre’s works appeared for decades in the Dallas Morning News and now most recently in “Where is Pidge?,” a children’s book by Michelle Staubach (as in Roger) Grimes.

Friends say DeOre had a memorable career in peewee baseball coaching. Memorable mostly because many years ago, a kid got hit by a pitch and was writhing on the deck when one did not respond with a degree of tact required by the other coach. Result: The two rival managers engaged in a public demonstration of the manly arts.

Summarily banned from the ballpark for the rest of the year, Bill used the time to pursue public speaking and his chosen craft. Good move.

A Texas Tech grad and lifelong Dallasite, Bill fishes and follows the local pro clubs, the Big 12 and the 17 varsity sports at his beloved Jesuit College Prep School.

DeOre has two grown sons, Will and Patrick, who don’t believe their father’s version of the old story: The artist claims innocence. Says he was working on his new wrestling maneuvers. Bill says he has since moved on, ahem, to more diplomatic pursuits. 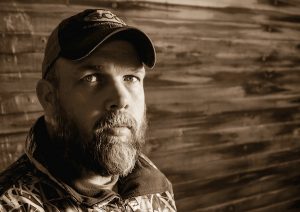 If you’ve read any Texas-based magazines over the past 25 years chances are you’ve seen some of Russell’s photos or read some of his words.  Since 1989, he’s been traveling the state telling authentic Texas stories with his camera and his words – both written and spoken.

A graduate of Dodd City High School and East Texas State University (now Texas A&M-Commerce), Russell was an ag science teacher in Childress, Texas for 16 years where he was named Texas Agriscience Teacher of the Year on three occasions.

After leaving that career in 2009, he continued to photograph, write, and speak about his experiences and the people he meets and in 2010, he began delving into television production.  His first documentary film, Bois d’ Arc Goodbye, filmed entirely in Fannin County, chronicled a canoe journey in which Graves and his brother Bubba traversed the creek before a lake forever changes the landscape.  The film aired three times to a prime-time, national audience.

Currently, Russell lives in the country north of Childress, Texas with his wife Kristy and their two children Bailee and Ryan but still manages to spend time near his boyhood home north of Dodd City.

A federally licensed drone pilot, McWilliams is one of the few videographers with TV network experience who can capture his own aerial footage to use in videos he produces in his own studios. It’s no surprise that West Texas network TV affiliates and corporations call on his skills at Blazing Glory Productions for turn-key commercial shoots.

Behind a camera, or in the edit suite, McWilliams’s versatility has led to nearly a decade of practical experience and 200 shows in the television industry. For six years, Ron and his brother Marc, both produced and hosted Fair Game TV, distributed on various channels. During an award-winning career, Ron has worked with the Sportsman’s Channel, the Versus Network and RFDTV.

Most recently, McWilliams work was recognized for a national award by the American Cancer Society, and won a prestigious Telly Award for outstanding production.

The gifted McWilliams was born in Midland, Texas, attended Arlington (Texas) High where he served as vice-president of the Future Farmers of American group and founded a new program to promote and sustain high-quality wildlife. At Texas A&M University, Ron majored in poultry science and began to explore his interest in the television industry.

For Dust Devil Publications clients, McWilliams shoots and produces video packages that can, on request, include aerial footage. 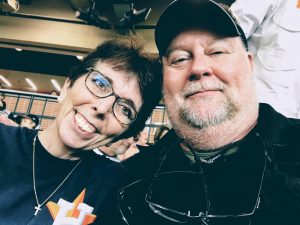 Tracey and Todd Woodard have been working on publications together since they were both journalism majors at Texas A&M back in the early 1980s.

Tracey got her start at the Athens Daily Reviewin East Texas; Todd started at the now-defunct Texas Outdoor Times in the Permian Basin resort spa known as Midland-Odessa. She later worked for the trade publication Nation’s Restaurant News (NRN) on the east side in Manhattan, while Todd toiled at Field & Streamin Times Square. They later matriculated to Houston, where Tracey was a stringer for NRN, covering new restaurant concepts all over Texas, and Todd was editor of the now-defunct Texas Fisherman.

Later, as T&T Editorial, the dynamic duo began working on a variety of contract editorial projects, including books, marketing, magazines, online content, social media management, and other content gigs. Currently operating under the business name Woodard Media Group, Tracey has been managing editor of the subscription-supported Gun Tests Magazine for nearly 20 years now, while Todd has been editor-in-chief for the same span.

They have two children, J.T. and Cara, both of whom work for Apple. The Woodard couple began its association with Dust Devil Publishing doing pagination and indexing for the popular 2018 release More Than a Badge – Rough Country, the Law & Me. The book contains +/- 1,000 photos, covers 588 numbered pages and weighs 5.1 pounds. The Woodards describe it as a “heavy subject.”

{Note: The Woodards help us build your books. They do not write humor.} 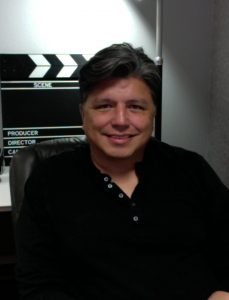 Richard is a respected graphic designer with growing client list in multiple areas of creative communications. Self-taught, Richard began his career in 2012 freelancing for various clients. Since, his skills have been in ever-increasing demand, from printing companies, advertising agencies, from churches and industrial service companies to non-profit organizations. His eye for design and his production skills endear him to clients seeking customized, high-end marketing materials for print, television, and internet media platforms.

While most designers tend to focus on one area specialty, Richard has emerged as a multi-talented go-to source for many facets of digital work. Clients especially like Richard’s ability to work solo, or to function smoothly as part of a creative team. His signature trademarks are high levels of commitment, professionalism and creativity.

{In fact, Richard Arreguin, who whimsically calls himself the Brazen Rooster, designed this website.}

Got a newsletter idea that will create brand awareness and customer loyalty? Got a book inside, just itching to spill out into book form? Let’s discuss. First consultation is a free service. 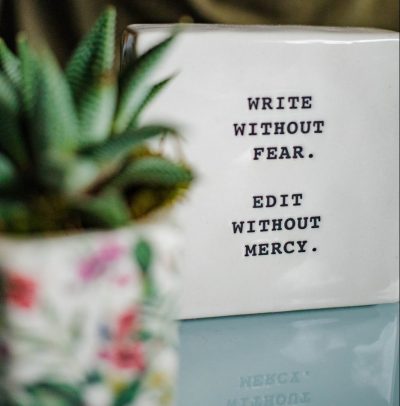